Jayne Baek is barely getting by. She shuffles through fashion school, saddled with a deadbeat boyfriend, clout-chasing friends, and a wretched eating disorder that she’s not fully ready to confront. But that’s New York City, right? At least she isn’t in Texas anymore, and is finally living in a city that feels right for her.

On the other hand, her sister June is dazzlingly rich with a high-flying finance job and a massive apartment. Unlike Jayne, June has never struggled a day in her life. Until she’s diagnosed with uterine cancer.

Suddenly, these estranged sisters who have nothing in common are living together. Because sisterly obligations are kind of important when one of you is dying.

I have not had a book hangover like this in YEARS. The writing in this is PHENOMENAL; I cannot say enough good things about it. TL;DR: 10 out of 5 stars.

The longer version is that even though I’ve never experienced many of the things this book deals with (eating disorders, living in NYC, serious illness of a close family member), I still found this highly relatable. And that was due to Choi’s incredible writing. She makes the characters and setting come to life with her specificity. I found myself reading about very small, seemingly insignificant events and feeling like Choi has been watching me my whole life. The detail in this is astounding, and that’s because although she is very detailed, she knows exactly when to pull back and let the characters reveal things about themselves on their own time.

Also, if you’ve been reading this blog previously, you’ll know I adore books about sibling relationships, especially sisters. This sister relationship was spot on. Jayne and June had a love-you-even-when-I-don’t-like-you dynamic, which felt super realistic. My relationship with my own sister is different than this in that we don’t have screaming fights or anything, but I still related to the Baek sister dynamic a ton.

Overall, this was absolutely beautiful and messy and heartbreaking and heartwarming all at the same time. Plus the book design is one of the most gorgeous and creative things I’ve ever seen. Don’t walk, run to buy this and support Choi so she can keep writing masterpieces.

CW: Yolk includes some pretty graphic scenes about having an eating disorder, which I admit was difficult to read even as someone who’s never dealt with that. FYI!

More than a quarter of a century later, from 2000 to 2011, seven Indigenous high school students died in Thunder Bay, Ontario. The seven were hundreds of miles away from their families, forced to leave home and live in a foreign and unwelcoming city. Five were found dead in the rivers surrounding Lake Superior, below a sacred Indigenous site. Jordan Wabasse, a gentle boy and star hockey player, disappeared into the minus twenty degrees Celsius night. The body of celebrated artist Norval Morrisseau’s grandson, Kyle, was pulled from a river, as was Curran Strang’s. Robyn Harper died in her boarding-house hallway and Paul Panacheese inexplicably collapsed on his kitchen floor. Reggie Bushie’s death finally prompted an inquest, seven years after the discovery of Jethro Anderson, the first boy whose body was found in the water.

Using a sweeping narrative focusing on the lives of the students, award-winning investigative journalist Tanya Talaga delves into the history of this small northern city that has come to manifest Canada’s long struggle with human rights violations against Indigenous communities.

Seven Fallen Feathers was important and beautifully written, but a really difficult read. Talaga documents, in detail, the history of residential school abuse and how neglect of Indigenous citizens by the Canadian government has led directly to seven horrible tragedies. This was very different from reading books like How to be an Antiracist, because this deals with stories about individuals rather than systemic racism. It’s an absolutely horrific look at racism in Canada and completely destroys the “nice Canadian” stereotype we hold in the US.

The beginning chapters, that detailed the abuse rampant in residential schools, makes me start to think NO religion should be evangelizing itself on an organizational level. It is too often used as an excuse for cultural genocide and horrible abuse. In discussing this book with my book club, the woman who suggested this (who lives in Canada) shared that a lot of the priests and religious leaders sent to run residential schools were ones who the Church wanted out of Europe because of abuse allegations or other behavioral issues. Christianity has been sweeping abuse under the rug for a long time.

But it’s not just Christianity that causes harm to First Nations people in Canada. The last third of the book is mainly a report of ongoing legal matters related to the seven students who died in Thunder Bay, but I get the sense that First Nations people in Canada don’t have much trust in their government, and for good reason. In this case, there have been lots of pretty words and very little action from politicians. (Meanwhile, the US can’t even make it to the pretty words part in dealing with our own racism.) Talaga highlights the disparity, and due to that dismal reality, this book starts and ends dismally.

This is definitely not a great book to pick up when you’re already down, but it is important for us to know, because we can’t change what we don’t know about. As I’ve been reflecting on this book, I’m trying to make a commitment to myself not to forget about Indigenous peoples all over North America after the details of this book fade.

The illegitimate child of a Japanese aristocrat and her African American GI lover, Nori is an outsider from birth. Though her grandparents take her in, they do so only to conceal her, fearful of a stain on the royal pedigree that they are desperate to uphold in a changing Japan. Obedient to a fault, Nori accepts her solitary life for what it is, despite her natural intellect and nagging curiosity about what lies outside the attic’s walls. But when chance brings her legitimate older half-brother, Akira, to the estate that is his inheritance and destiny, Nori finds in him the first person who will allow her to question, and the siblings form an unlikely but powerful bond—a bond their formidable grandparents cannot allow and that will irrevocably change the lives they were always meant to lead. Because now that Nori has glimpsed a world in which perhaps there is a place for her after all, she is ready to fight to be a part of it—a battle that just might cost her everything.

I don’t have too much to say on this one, because it was disappointing. The description promised me an epic but gave me a scattered, childish, under-developed story. The main character was really inconsistent – one minute she was a jaded woman older than her years, the next she was a childlike innocent and it didn’t really make sense the way she swung back and forth. The side characters felt flat to me, and there were some random POV switches that didn’t add anything to the story at all.

Among some other issues, what finished it for me was a storyline where Will, an English character, basically molests Noriko for months during her childhood, but later in the book, Lemmie acts like it was a real relationship. Will basically stalks Noriko into adulthood and asks her to marry him, and Lemmie presents this like it’s all very romantic that she turns him down. That just felt gross and I pretty much DNF’d at that point. I did skim through the rest because apparently there’s a whole new romantic interest including children and a breakup (like what?) in the last 50 pages but honestly, this book was a waste of time. Read Pachinko instead. Or Homegoing. Or A Tale for the Time Being. Or literally anything else.

Cover images and descriptions from Goodreads. 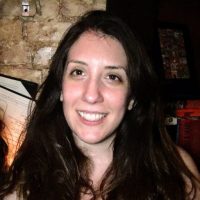 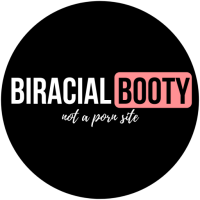