The Interestings by Meg Wolitzer

To be called The Interestings, this was not really very interesting. Honestly, I found the main character to be the worst person in the whole book. She was insufferably envious, never happy with what she had in her own life at any point, always wanted something more or something different, and it was exhausting to read. The book follows her from childhood to adulthood, and I did like her a little bit more as an adult. I can give her some benefit of the doubt because we are all selfish as children. But while her envy subsided a little bit in adulthood, it was still ridiculous, and the only reason I finished the book was for the side characters, who actually were pretty interesting. Bland, but not awful.

This was the first YA book I’ve read in awhile, and I thought it was going to be good because it was all over the book blogging world when it came out. However, I really didn’t like this. The plotting felt a little sloppy to me as far as the timing of events, and it was kind of weirdly paced where there would be a ton of detail on a few hours and then entire days were glossed over. That can be done well, but I didn’t like it here.

I hated the love triangle the most. I didn’t feel like it really added much to the story as there was enough substance and potential with the social setting so different from real life. I had issues with the timing here, too, in that the main character spends a lot of the book torn between the two love interests, acting like she’s known them for years when really she has known them for a couple months at most. (Another blogger I read also noted that the author kind of tried to do a love quadrangle thing, which she did, and that’s something that really should have been edited completely out because it did NOT work and was super weird.) And then there was the fact that the first love interest supposedly fell in love with her after spending a couple of hours with her one night, which will never, ever feel realistic to me. I wish this had been done better, because it was such a cool concept, but this really didn’t do it for me. Bad. (I did finish it though.) 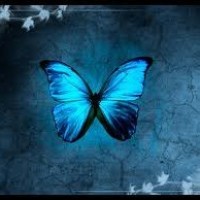 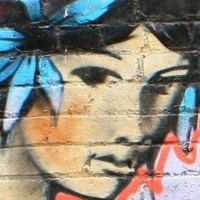 Suddenly they all died. The end.

Write or write not - there is no aspiring.

Transcribing my faith and lifestyle

With Angels and Elephants

The Illusion Of Controlled Chaos
billfriday.com

Far Away In The Sunshine

Welcome to my inner world

The Life of An Anxious Writer

Managing anxiety through writing and some tips for what works along the way.