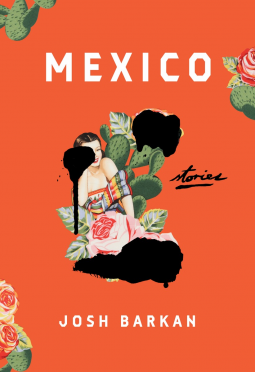 The unforgettable characters in Josh Barkan’s astonishing and beautiful story collection—chef, architect, nurse, high school teacher, painter, beauty queen, classical bass player, plastic surgeon, businessman, mime—are simply trying to lead their lives and steer clear of violence. Yet, inevitably, crime has a way of intruding on their lives all the same. A surgeon finds himself forced into performing a risky procedure on a narco killer. A teacher struggles to protect lovestruck students whose forbidden romance has put them in mortal peril. A painter’s freewheeling ways land him in the back of a kidnapper’s car. Again and again, the walls between “ordinary life” and cartel violence are shown to be paper thin, and when they collapse the consequences are life-changing.

These are stories about transformation and danger, passion and heartbreak, terror and triumph. They are funny, deeply moving, and stunningly well-crafted, and they tap into the most universal and enduring human experiences:  love even in the face of danger and loss, the struggle to grow and keep faith amidst hardship and conflict, and the pursuit of authenticity and courage over apathy and oppression. With unflinching honesty and exquisite tenderness, Josh Barkan masterfully introduces us to characters that are full of life, marking the arrival of a new and essential voice in American fiction.

I knew this book was going to suck from the moment I started it.  I downloaded the book in April, read the first short story, and hated it.  The premise was ridiculous and the characters were flat.  The plot was wonky and I just found it dumb.  I had a sinking feeling about the book, and at the time I was closing in on college graduation, so I put it down for several months.  Now, my life has calmed down a bit, so I picked it back up, hoping it had magically gotten better.  It hadn’t.

I (mostly) got through two more short stories before I got too disgusted to continue.  The first was shorter, about an American high school teacher in Mexico who had two students in a Romeo and Juliet situation.  First off: the main plot, the students’ forbidden romance, was not just a literal soap opera, but also a direct and awful ripoff of Shakespeare.  The author didn’t even peg the story as a retelling, he just took the Romeo and Juliet plot and made it far worse.  Second: the main character, the schoolteacher, was someone I would absolutely hate in real life.  He was a creep who followed his students around after school, listening at motel doors as they had sex, while praising himself as being their protector.  He spent his evenings like this for a month, despite having his own wife at home, who apparently married him in some unexplained twist of events even though her father was vehemently against their relationship from the moment they met.  That backstory, by the way, was thrown in there at random in between the MC creeping around after his underage students.  In addition to the MC having no self awareness to speak of, the language of this story was just weird and gross.  At one point, he thinks of the motel “where Sandra and Jose had been mating”.  Who talks like that?  Who writes like that?

The second story was not much better, and it was much longer.  This plot revolved around two women in a waiting room, one who was about to get a double mastectomy, and one, strikingly beautiful apparently, who had horrible scars from past abuse.  During the intro, Barkan spent multiple paragraphs on what each woman’s body looked like.  Sometimes, body descriptions are necessary to the story, especially for characters with these backstories.  But these descriptions sounded more like bad erotica than information necessary to the story.  It sounded to me like Barkan prefers sitting at a computer thinking about naked women than crafting a well-done plot.  It also sounds to me like he has not spoken to many real women, because the way the characters spoke in the story was unrealistic and contrived.  The majority of the chapter consisted of the beautiful woman describing her past life and abuse — she had become homeless as a teen and got caught up into some type of sex trade.  This kind of story is very real and probably should be written about more.  But this was the worst way to write about it.  Barkan romanticized the woman’s abuse, and painted her as a tragic, beautiful character.  It was the ultimate “wounded woman” trope, and honestly, it struck me more like a disgusting sexual fantasy than the sad reality I think it was intended to be.

I could not read any more.  The writing is awful.  The characters suck.  The plots are weird and fake and not paced well at all.  My final complaint is that even if these stories were written well, most of them are from the point of view of Americans in Mexico, and the nature of the plots serve to propagate the many negative stereotypes about Mexicans that a lot of Americans (including, apparently, Barkan) still believe.  Don’t read this book.  Don’t buy this book.  I honestly don’t know how this trash got past the editor.

This book was provided to me for free (thank God) in exchange for this very honest review.