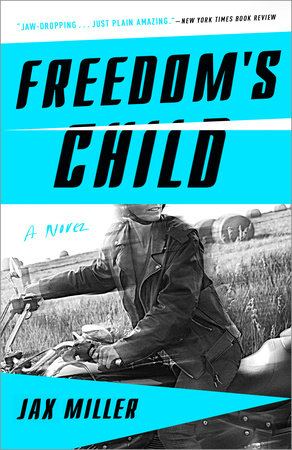 When she learns that her daughter has gone missing, possibly kidnapped, Freedom slips free of her handlers, gets on a motorcycle, and heads for Kentucky, where her daughter was raised.  As she ventures out on her own, no longer protected by the government, her troubled past comes roaring back at her: her husbands, vengeful family, her terrifying stint in prison, and her children’s adoptive family, who are keeping dangerous secrets.

With this novel, I expected a suspenseful action adventure.  What I got was a confusing conglomeration of scenes that felt more like a first draft than an actual novel.  I felt like I never got to know the main character, because her personality was never really nailed down.  Her thoughts and actions never seemed to match up.  The timeline was incredibly wonky.  There were too many flashbacks with too little context to them, and I read over half the novel before getting anywhere close to the action that is described in the back cover copy.

I still love the idea of the story, but the execution needs a lot of work.  The background info and set up needs to be tightened up a lot, and the author should have spent a little more time with her main character before she sent her out to meet readers.  The supporting characters could also be given a little more time in the spotlight.  A lot of them seemed interesting, but weren’t developed enough to seem real.

A good novel contains continuing action, rather than simply scenes with action.  That, I think, was the main problem with this novel and the main reason I did not enjoy it.  Final Verdict: If I were Jax Miller’s editor, this book would’ve gone through several more rounds of revision before being published.