Spanish and American Girl (or, How My Spanish Obsession Began)

It’s no secret that I’ve always loved to read.  You don’t have to know me for very long before my love of books comes out. What isn’t as obvious is how many of my other passions stem from books — almost all of them, actually.
Spanish was the among the first.  When I was a girl, I devoured historical fiction — think The Watsons Go to Birmingham 1963, Johnny Tremain, and the Dear America series.  My absolute favorites, though, were the American Girl historical characters.
Oh, those books.  The entire American Girl company, in fact, is in my mind synonymous with my eighth through twelfth years.  I waited breathlessly for the glossy catalogs that came every three months full of shiny, beautiful dolls.  I tore through the magazine, which was a smorgasbord of short stories, recipes, and tips on everything from friends to hairstyles. But mostly I loved the books. 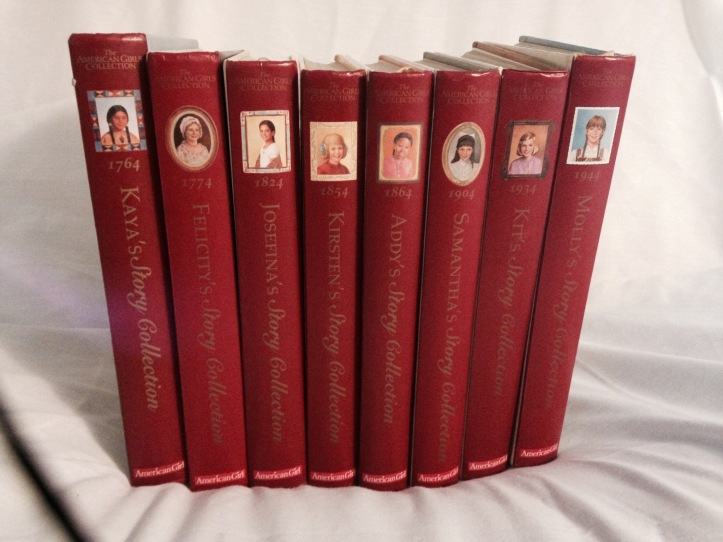 There were eight original historical characters — one from World War II, one from the Depression, one from the Revolutionary War, even a Native American — that all had their own stories.  The books, rather than being the accessory to the dolls, were essential to the dolls’ very existence.  Each book was formatted the same way — each character had an introduction, a school-related story, a Christmas story, a birthday story, a summer story, and a final winter story, in that order.  It was so interesting to compare each characters’ stories.  They all paralleled, but each character had her own life, her own personality, and learned her own lessons.  (And each doll had outfits and accessories that matched the illustrations in the books, which to eight-year-old me was the epitome of magic.)
(I don’t consider myself a purist, but I am when it comes to these books.  It has been over ten years since I was eight, and now, of course, the books have been updated.  In my opinion they are nowhere near as magical and amazing as they were when I read them.  The titles have been changed and some characters have even been taken out and replaced with new ones.  But that’s a rant for another day.)
My favorite character was Josefina, who was a Mexican girl living in what would one day be the state of New Mexico.  Her way of life fascinated me.  She was the only character with sisters close to her own age, and I imagined that she and her sisters were me and mine.  But unlike my family and the rest of the characters, she spoke Spanish.
There were only a few words and phrases scattered throughout the books, but that was enough to hook me.  I wished I could speak another language so badly that I would make up words for my doll to speak.  When we started learning basic Spanish vocabulary in elementary school, I was thrilled.  From about second grade to senior year, I took Spanish classes off and on, and I continued more intensively once I began college classes.  I actually began to be able to read Spanish, write Spanish, speak Spanish, and understand it.  A lot of the time it was more frustrating than fun.  But it was worth it, because about a month ago I was finally ready for the fun part — living in a Spanish-speaking country.
Five days ago, I got back from Quepos, Costa Rica, where I spent four weeks with a host family.  In a word, it was incredible.  The food was amazing, the land was gorgeous, and the people were so pleasant.  I was forced to use the language every day, even when I didn’t feel like it, and both my confidence and my command of the language made incredible growth.  Even when my Spanish wasn’t grammatically perfect, I was able to communicate.  As a result, I feel much more comfortable using Spanish in real life situations, and I know I’ll be much better at my upcoming Spanish classes at school.
But in addition to that, a dream that began with a book is now coming true.  Eight-year-old me wanted something.  High school me really began to work at it.  College-age me kept going, even when Spanish felt impossible.  And now, I’m at a workable level — not a perfect speaker, by any means, but I can hold a conversation and do business just like I can in English.  A whole other world has been opened up to me, and it all began with a book. 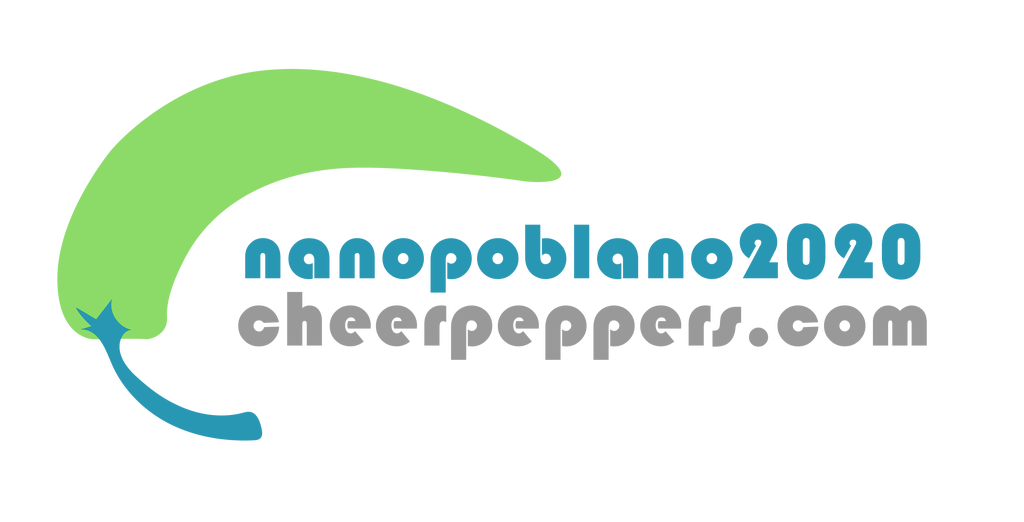 short on nails, not on polish!

she is sunflowers & thunderstorms

• a personal and lifestyle blog •